As I’ve recently learned, biking season doesn’t end as winter begins. With me being a “newby” to the sport, I’ve learned a lot through talking to local bikers whether it be on the trails or in the parking lots at the trails. I was recently told that winter riding is one of the best and also one of the trickiest times to ride.

To be able to even enjoy a winter ride, you first need the right gear. I have recently invested in a thermal shirt and pants as recommended by a more experienced biker. I also have experienced the problem of riding with cold hands. It brought to my attention that a pair of winter riding gloves is very essential. When looking for gloves, I also found a piece of gear that functions as gloves without  having to put your fingers in individually. I’ll put in a picture at the end.

I was told that winter time can be a great time to ride, if you go at the right time. The rider taught me that if you go early enough for the ground to still be frozen (firm), it is great for keeping maximum grip with your tires. However, if you go later in the day, when the ground has thawed, the dirt becomes more of a mud consistency, making the tires more likely to slide out from under you. 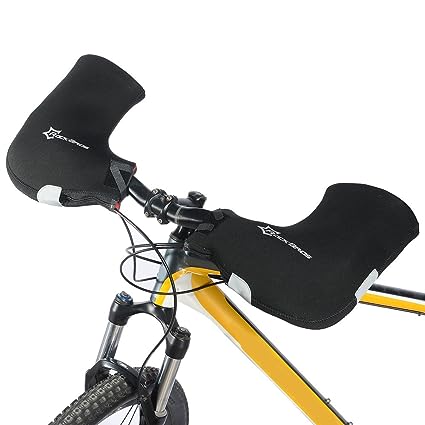 This weeks weather was much better for riding, but I still wasn’t able to get on my bike since the wedding was this weekend. Between being bored at work and between classes, I have looked up some of the top places to bike in the U.S. As you can imagine, a lot of the most popular places to ride are out west. This is due the mountain ranges and the flow of the terrain based on what I learned when searching.

Out of this list, my most desired to place to ride is the trail in Utah. I aslo read while researching, that utah averages the most growth in mtb trails in the U.S. which is roughly 30 miles a year. This is a lot when you think about the work of making the bath and planning the routes to go flow with the landscape. Hopefully I will get to enjoy some of these trails soon.

This Arkansas weather is so great……Not. Since we skipped fall and jumped immediately into winter, I get less and less motivated to go out and ride. Nevertheless  I still make it a priority to be physically active throughout the week.

As I’ve mentioned before, I highly encourage physical fitness because it not only improves your outer, it helps sharpen you mentally as well. I find it so significant that between an internship, part-time job, and school, I still carve out time for it in the week. I highly recommend you to try and do the same. For me, it’s a great form of stress relief, makes you healthy (which can increase life), and is a great way to meet new people.

Sorry for not having any mountain biking content, but i highly encourage you to take this into consideration through this week.

I’m not really sure where to begin. My buddy’s bachelor trip was this weekend and he wanted to have it in northwest arkansas so we could mountain bike. He and three other friends rented E-bikes (an electric bike that assists while you pedal) and I chose to get my moneys worth out of the bike I bought back in the summer.

I can’t begin to tell you how much fun it was up there. The trails are so well maintained and have so many more obstacles and features than the trails here in central arkansas have. I will say even though my buddies had E-bikes, I kept up better than I thought I would. We rode just over 22 miles saturday which was a ton for me since my longest one day trip total was just over 7 miles.

Needless to say we had a great time, despite being sore this morning. I would 10/10 recommend making a trip up there to ride those awesome trails!

Due to the business of life, I haven’t been able to get out and ride my bike in over two weeks! It’s kind of a bummer honestly since it was such a big investment, but haven’t been wasting my time either.

I’m also very involved with deer hunting. For those who don’t know muzze-loader season just ended this weekend, so I’ve spent a lot of time prepping for it. It’s a lot of work to get all of the feeders working again, whether it be changing out the batteries or re wiring the motors that may have been chewed up through the seasons past. Also the tree stands require maintenance like changing out the cushion or rehanging tree skirts. So I have been busy with things I love just not been able to get on my bike.

On the bright side, my buddy that got me started mountain biking, is having his bachelor trip this weekend and we are thinking of heading to northwest Arkansas and riding some of their many trails up there. I’ll be sure to let you know if that works out in our next blog.

This week I was so busy studying for my state health insurance exam that I never found time to get out on my bike. My exam was on wednesday (I passed), so that was a huge relief.

I love to workout. I try to keep my average around five days a week that I go to the gym. This is my place to really just relieve stress and push myself to be better. I’ve always Known that your mindset, whether it being focussed on working out or not, makes a huge difference in the quality of your workout. I don’t think I’ve experienced how true this is until I tried to workout Wednesday, and my workout was crap. I think the main reason was the fact that I was still so worked up over my exam that it was still distracting me.

The next day I went in to workout, I went in with the mindset that I had to make up for the day that I pretty much skipped. This had a significant impact on the improvement of quality from one day of working out to the next. I say all that to say this: go in to any activity as if you are trying to improve on what you did the last time you attempted because you never how much it could help you improve.

This week I was able to get two rides in. I rode enders fault south loop trail out at woolly hollow and and the trail at cadron settlement park.

The first ride out at woolly hollow was really good. I was going for a new fast time on the trail and was able to beat my old record by over five minutes. It was an enjoyable ride and it’s nice to push yourself every now and then just to see what you’re capable of. This ride isn’t what today’s blog is about.

Cadron trail is the ride that taught me a lesson. I mentioned in a previous blog that cadron trail has a few features (things like burms and jumps) that make it exciting. I’ve also mentioned that I ride this trail with my buddy the majority of the time. This friend is a full-time videographer that works for a production/ ad agency and really likes to record us riding these features. Well in this trail there is a dirt jump that’s you can get some good air on before going down a good hill. I have ridden over this feature multiple times, including this time, with no problems. I was able to get a good bit of air for the video and landed smoothly it was after the land that I learned a valuable lesson, fight your instinct. Since he was recording and not on his bike I was going to stop before going down the steep hill. I realized after landing I was going a little too fast grabbed my brakes and grabbed my front brakes WAY too hard. We all know that your body has inertia so when my front brakes locked up, I went flying over the handle bars. Fortunately I didn’t break any bones (did have cuts on my back, shoulder, and legs), but unfortunately he stopped recording right before I ate it.

So the moral to this blog is to fight instinct, or at least be smart, and not use your front brakes when you have speed right before a steep downward slope.

After the wipeout at cadron